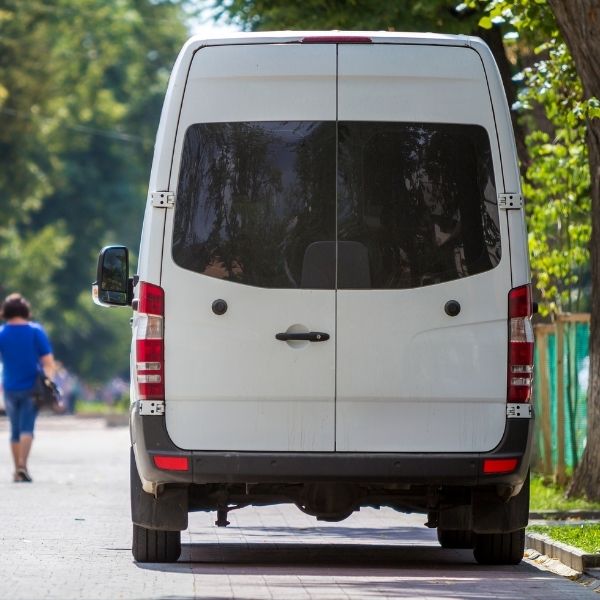 Everything About Chad DeRosa

This is the ultimate guide on Chad DeRosa (Living The Van Life) for 2023.

Over the last 18 months, I have watched a staggering 75 hours of YouTube videos created by Chad.

I’m definitely impressed by how much effort he puts into each and every video.

Most important, he gives value to his audience as much as he can.

If you’re curious to know:

👉 How Chad afforded his van and fitouts

👉 How he makes his money (including YouTube income stats)

👉 Where he has traveled to in his vans

👉 What issues and controversies he has handled

But hey, let’s talk about that later. Back to Chad…

He previously drove an old 1991 Wolkswagen Westfalia which became famous for drifting in the winter snow. He actually still owns this!

It’s certainly an impressive build for those going offroad.

What’s more impressive is his stats on YouTube. He’s been going since 2011 and is one of the early pioneers of the movement, long before #vanlife became a trendy lifestyle.

There is an extensive list of inclusions that Chad has added to build his dream 4×4 van. After all, this isn’t his first rodeo! 😉

👉 These are fitted to Black Rhino 17″ Wheels

How did Chad afford to do all of this? He has been working full-time for many years and currently lives a single life. He previously had a girlfriend who was featured more than 3 years ago:

He has two teenage boys from a previous relationship, proving that you can still do #vanlife if you have kids. They live with their mom.

The fitout cost him an additional $22,000. Most people would pay $30,000 or more but he was able to negotiate some discounts due to the size of his YouTube channel.

YouTubers living the dream in the van life community are often quite wealthy.

This is based on the value of his van and online business.

How much does Living The Van Life make on YouTube? It’s difficult to know his exact numbers, but we can make a fair estimation.

👉 Amazon affiliate links under each video

👉 Selling branded merch such as clothing

Chad occasionally gets free parts and equipment from a handful of brands but does not actively get sponsored.

Living The Van Life hasn’t collaborated with any other YouTubers, apart from close family and friends. He has made mention of some accounts over the years who have helped him with his build process and travel tips.

Chad’s current location is North Cascades in Washington State. This is one of the most beautiful places to explore.

Chad has driven across many countries in his pursuit for true freedom, all the while staying as simplified as possible.

He has been as far as Australia while also spending a lot of time exploring in the snow.

Some of the biggest moments in Chad’s journey include:

👉 Having his battery die in winter while in an isolated location

👉 Living (temporarily) in a Uhaul truck in the city (super stealth!)

He has avoided the click-baitey content, controversy and drama that other YouTubers bring to the scene. This is a strong reason why he has so many loyal subscribers.

He hasn’t had anything stolen to date, nor has he been attacked.

Chad is continuing his journey across North America. It’s likely he’ll venture south into Mexico and beyond.

What can we learn from Chad’s journey? Most importantly:

👉 Simply buy a cheap van if it’s your first time

👉 Keep things as simple as possible

👉 Your plans may not be set in stone

And don’t forget – you can still do #vanlife if you have children!

Chad has inspired many of us to live dream through whichever means necessary. We’ve come to realize that we don’t need fancy and elaborate vans to get started – just the will to make it happen.

And to Chad – thank you for all that you do for our community. You’ve helped us in more ways than we could ever imagine.

Obvoiusly I’ve been hugely inspired by Chad, his Mercedes and the channel.

It’s clear that he is living the dream because he has online income.

Earlier I mentioned my excitement towards a specific business model…