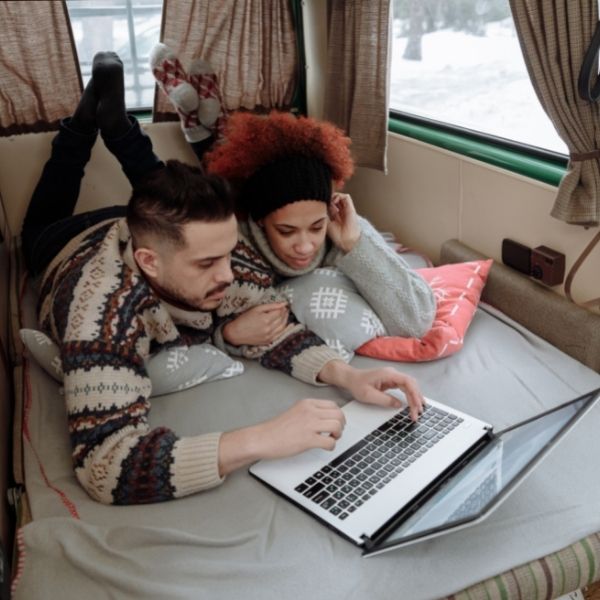 Why Did Jennelle Eliana Go Missing?

This is the Ultimate Guide on Jennelle Eliana for 2023.

Over the last 2 years, I have watched almost 25 hours of YouTube videos created by Jennelle Eliana, as well as researched as much as I could.

If you’re curious about:

👉 How Jennelle Eliana afforded her van

👉 Why she hasn’t uploaded to YouTube for almost a year

👉 What issues and controversies she has handled

👉 If Jenelle Eliana is officially missing or was killed

But hey, let’s talk about that later. Back to Jennelle from YouTube…

Jennelle has owned several in the last few years and is one of the pioneers of the #vanlife movement. She is known as the #vangirl even though she hasn’t owned a van at various times of her journey.

Her current van doesn’t have a name.

She isn’t African-American and she has a 50/50 mixed ethnicity. Her dad is from Ethiopia while her mum is from the Philippines.

Jennelle previously owned a blue van for 3 years which died, and then bought a Japanese RV with rooftop bunk but this died the day after she bought it. She then rented a late model Winnebago for the sake of her videos.

Her 3rd and latest van is a 1978 Dodge Sportsman Chinook that she bought in January 2021. It has an onboard bathroom, unlike her previous vans.

Jennelle has been having engine problems with her previous van. It’s likely that she will replace her current engine sometime in 2022.

Jennelle used some of her YouTube earnings to purchase her latest van for $9,700.

Not all people who live in vans are poor.

This is based on the value of her new home, van and online business.

How does Jennelle make money? She actually has several ways:

It’s estimated that Jennelle Eliana makes $5,700/month by being a YouTube vlogger.

That’s more than enough to help her sustain her freedom-based lifestyle.

Jennelle has not collaborated with any other #vanlife YouTubers.

Jennelle Eliana is missing and her whereabouts have been speculated by the YouTube community, leading to many conspiracy theories.

Officially speaking, it’s currently unknown where Jennelle is. Was she abducted? Did she get murdered while camping? Is she even still alive?

She has been missing since 2021 and hasn’t provided an update, even though many of her viewers are concerned about her welfare. Did she have a road accident in her old van?

This video was an update from around 2 years ago:

It doesn’t really give us much information.

Because the question is…you know…is she really alive?

Just like you, I am deeply concerned about my favorite YouTube creator. I am considering filing a missing person’s report.

Jennelle has traveled to most of the mid-west, Los Angeles plus Costa Rica via airplane.

Someone broke into Jennelle’s van in her early days. She’s also gone through 2 vans that have completely broken down. The biggest moment is her latest video which raised more questions than answers.

Has she died? Got a boyfriend? Ran away to another country? Abducted by aliens? Who knows, but we certainly would like to know.

There is another conspiracy theory that relates to her rise of subscribers in a short period of time. Was she planted by YouTube? Maybe.

It’s unknown what Jennelle will do in the future. We’re all begging for an update as her disappearance feels like losing a long-lost friend.

What have we learned from Jennelle and her adventures?

👉 Don’t let money get in the way

👉 You don’t need an expensive van

And obviously…let your audience know who you really are… ☺️

Jennelle feels like our best friend and a true angel. Despite never meeting her, I think we can all feel her warmth, generosity and great spirits.

I look forward to seeing her channel grow.

Clearly I’ve been hugely inspired by Jennelle, Alfredo and their story.

It’s clear that they’re living the dream because they have online income.

And I really hope that Jennelle Eliana is found after missing for 15 months.

Earlier I mentioned my excitement towards a specific business model